This Is Not Equal To That: How False Equivalence Clouds Our Judgment 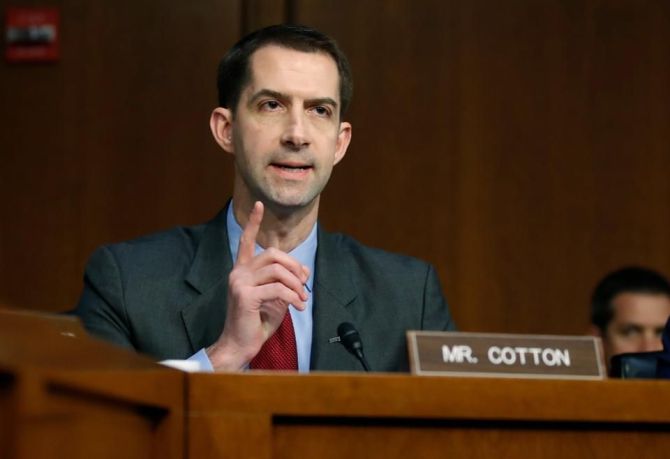 False equivalence is a type of cognitive bias or flawed reasoning style. False equivalency means that you think (or are told) two things should have equal weight in your decision-making. If one opinion has solid data supporting it, but the other opinion is conjecture, they are not equivalent in quality. In the 2016 presidential election, people were told to “pick the lesser of the two evils,” even though in regards to fitness for office Clinton’s history of being a senator and secretary of state made her much more qualified. Many of the public were led to believe that since both candidates had issues, those issues were equal in scope. However, using a private email server is small potatoes compared to someone who has never held a public office and has a lengthy history of legal issues

A study from Harvard Kennedy School’s Shorenstein Center on Media, Politics, and Public Policy found that the amount of negative coverage was the same for Clinton and Trump, even though Trump’s issues were far greater than Clinton’s. The lead author of the study, Thomas Patterson, said, “Were the allegations surrounding Clinton of the same order of magnitude as those surrounding Trump?” He continued, “It’s a question that political reporters made no serious effort to answer during the 2016 campaign.”

False equivalence leads people to believe two separate things are equally bad, or equally good. A look into how damaging this thought process is can be found in Isaac Asminov’s article, “The Relativity of Wrong.” Asminov wrote, “When people thought the earth was flat, they were wrong. When people thought the Earth was spherical they were wrong. But if you think that thinking the Earth is spherical is just as wrong as thinking the Earth is flat, then your view is wronger than both of them put together.”

Trump political allies use false equivalency to support his policies. On CBS This Morning, Senator Tom Cotton said in regards to Trump’s tariff’s on Chinese goods and resulting costs to citizens due to retaliatory tariffs, “There will be some sacrifice on the part of Americans, I grant you that. But I also would say that sacrifice is pretty minimal compared to the sacrifices that our soldiers make overseas that our fallen heroes who are laid to rest in Arlington make.” Gayle King answered, “You can’t compare those two sacrifices.” King is correct in that the public paying increased tariffs and military service are completely separate issues. In regards to Cotton’s statements, a study by the University of Arkansas (Senator Cotton’s home state) said that “retaliatory tariffs by China could end up hurting many farmers in Arkansas”, and could cost Arkansas $383 million. The Arkansas Farm Bureau president stated that Arkansas agriculture is in a “slow disaster” mode.

False equivalence also reigns in the area of climate change. A very small percentage of (non-authoritative scientists’ opinions are given equal weight or seen as “competing against” 99% of scientists’ opinions. A false dichotomy is another type of false equivalence. The common form of this is, “If you are against X, then you are against Y.” For example, the fallacy “If you are for gun control, you are against individual freedom.” Anti-vaccine activists proclaim that they have just as much solid scientific evidence as pro-vaccine scientists, but anti-vaccinators’ evidence is largely anecdotal. One study cited by anti-vaccination activists was even retracted for providing false information. (The lead scientist on the study had been funded by attorneys who were pursuing lawsuits against the vaccine-makers.) The retraction stated that there was no link found between MMR vaccines and autism.

In abusive relationships, a gaslighting partner will tell the other, “So what about my cheating? You didn’t even cancel our dinner reservations when I asked you to. You don’t care about our relationship. That’s the real issue here.” This gaslighting tactic will be used to convince the victim that they did something equally as egregious, and therefore, according to the gaslighter, the victim should not be upset at the gaslighter’s outrageous behavior. This allows the gaslighter to get away with even more egregious behaviors, by always spinning it to his or her partner as “you did something just as bad.”

Why are we susceptible to false equivalence? Because it simplifies our thinking. There are less critical thinking skills needed when we accept two things as equal, rather than unequal. In addition, when someone (especially a person in authority) tells us two things are equivalent, we tend to believe it more due to his or her inherent power. How do you fight back against false equivalence? First, educate yourself on the different forms it takes so you can recognize it. Next, call it out when you see it. Distance yourself from the source of the false equivalence. The more we educate others about this cognitive bias, and hold those who use false equivalence accountable, the less impact it may make on an unsuspecting public.