I’ve pondered and discussed the election results with numerous people over the past 24 hours. Five thoughts, or themes, come to mind that offer one man’s interpretation of what happened. Keep in mind, no one has a monopoly on the truth. May this serve as a contribution to understanding.

Thought 1: Anti-establishment sentiment apparent at the beginning and end

Update: However, just how anti-establishment is Trump?  See the CNN article titled “Team Trump is already filled with Washington insiders” which states (and provides evidence) that:

To shape his administration, President-elect Donald Trump is drawing squarely from the “swamp” he has pledged to drain.

Also note the photo from his wedding with Bill and Hillary in attendance at the top of the article “The wedding that explains the election.”

The Democratic party pre-ordained Clinton as the nominee before any votes were cast. This was evidenced by the super delegate situation at the start of the primary. To further complicate the situation, the Democratic party pre-ordained an establishment candidate (Clinton) in the context of significant anti-establishment voters. The claim that Clinton was an establishment candidate was reinforced by the revelation of things like Clinton’s paid speeches to Wall Street firms uncovered during the debates.

Sanders supporters felt the primary was rigged after revelations of Democratic party maneuvers to ensure Clinton won the nomination. Sanders voters felt alienated and never really came around to voting for Clinton, especially in swing states where their vote was necessary. In a possible [weak] defense of the Democratic party: Sanders was/is not technically a Democrat. However, why weren’t other non-Clinton candidates put forth? Why didn’t any run? See thought 2: Clinton was pre-ordained by the party.

The under/overtones were quite apparent from Trump and some of his supporters. Check out the New York Times “Unfiltered voices” video (use headphones) as one example. It sure took a while to acknowledge that President Obama was indeed a US Citizen, eight years after his first election. Many in this country believe he is a Muslim. Brushing aside Trump’s history of his own treatment of women almost signals he was right: as a celebrity he can do anything.

GDP, the stock market, unemployment, and the budget balance  all improved during the Obama administration. In fact, there is a December 27, 2015 article to that effect.  However, the benefits did not accrue to everyone. I suspect executives, white-collar workers, and skilled laborers on the coasts (blue states) did benefit from increased GDP (jobs producing that output) and the stock market (from their substantial contributions to 401k plans). However, those in the middle and southern states did not benefit as much. Fewer jobs. More part-time jobs without 401k plans. Lower wages limiting the ability to contribute to 401ks. To add insult to injury, some stocks in the 401k plans may be of companies that outsourced jobs away from the middle states.

One interviewee in the Wall-Street journal article “New Populism and Silicon Valley on a Collision Course,” states:

However, the opposite is equally true: those in the middle states have no idea how those in costal states live and vote.  The conflict will continue if both sides push for victory rather than reconciliation.   For example, maybe Apple can make iPhones in the U.S. (e.g., Texas) and take less profit while workers here accept a wage in-between the “good ‘ol days” and current global market rates (and possibly retool skill sets as needed).

I’ll end with several graphs supporting the claim that GDP, stock market, and unemployment improved under the Obama administration vs. Bush II. Yes, there is debate on who caused what and when, but for now all I can do is present the facts: measurements of GDP growth, S&P500 total return, and unemployment under two different time frames. You are free to interpret them as you wish.

To reiterate, while all of these indicators look good, the benefits of the economy behind them did not accrue to enough people. For those who did not see the benefits, policy changes alone won’t solve the problem. People will have to retool. People will have to attain more training and education. People will have to work harder to compete in an increasingly competitive global market. The “good old days” where we can work less and be paid more are over. Some policy adjustments may help clear the path to “full employment” instead of “underemployment”, but the population still must walk (and work) with vigor. I hope the students in my classes continue putting in that effort throughout their educational careers and on their jobs. 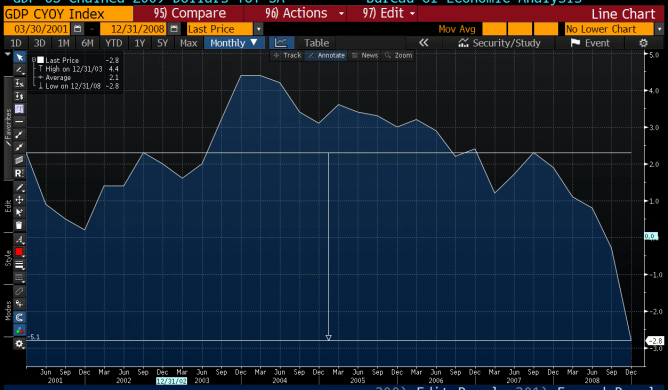 S&P500 Total return under Obama: +199.20% increase during his administration 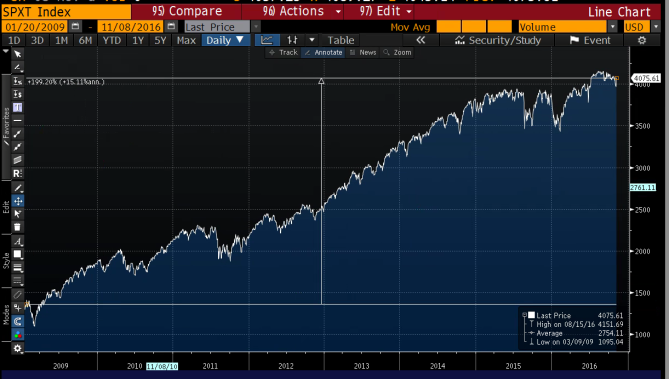 Unemployment rate under Bush II: From 4.2% at the beginning to 7.3% at the end of his term 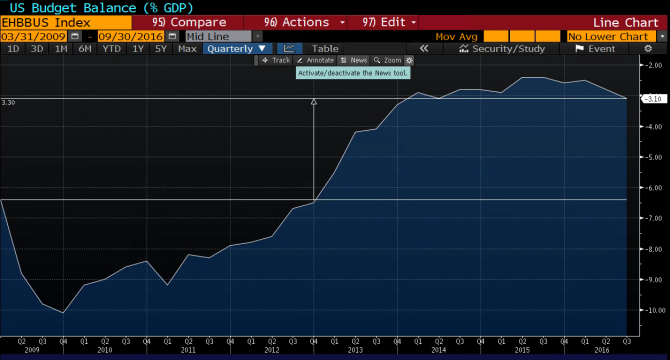 Total debt increased under both Bush II and Obama. 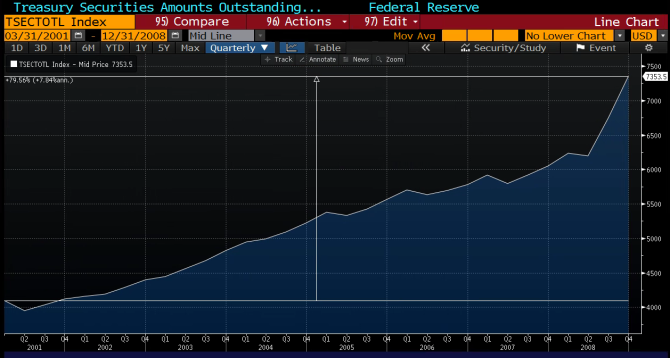 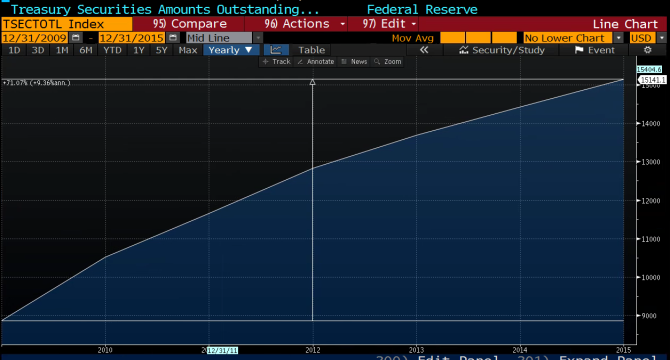