The article’s mention of the word “cultish” reminded me of Law 27 of “The 48 Laws of Power”:

Until it can sustainably keep up Model 3 production, investors are right to be anxious. 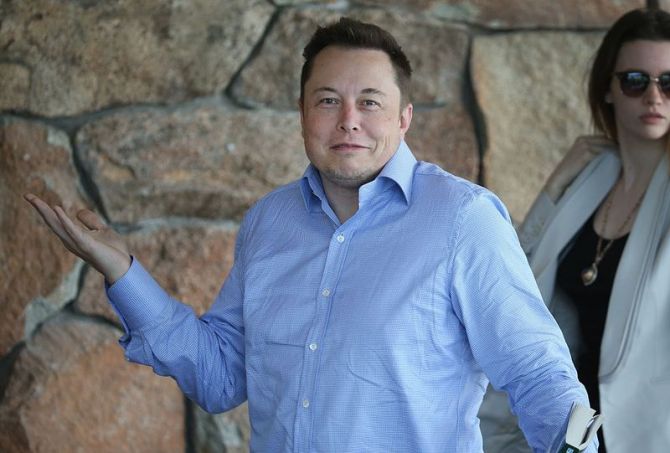 There’s a touch of déjà vu about my colleague Dana Hull’s scoop Thursday that Tesla’s vice president of production urged a blitz of Model 3 vehicle production to “prove a bunch of haters wrong.”

You, too, may recall CEO Elon Musk’s call in the summer of 2016 for Tesla Inc.’s staff to “throw a pie in the face of all the naysayers on Wall Street.” Back then, it was all about pushing sales and cutting costs to help Tesla report a rare set of positive earnings. It worked, although only by pulling a couple of levers marked “zero-emission vehicle credits” and “working capital overdrive.” Within a year, Tesla capitalized on investors’ confidence with an equity issue and its first-ever bond sale.

Similarly, the latest fightback aims to dispel the growing alarm about Tesla’s inability to hit even greatly reduced production targets for the Model 3, with figures due next week. The company’s stock, which has slumped this week, bounced a little Thursday, no doubt aided by the notion of a concerted effort to hit the target (it’s worth noting the bonds haven’t bounced).

Here’s the thing, though: Tesla’s efforts to prove its “haters” wrong just proves them right.

Start with the nomenclature. Calling those expressing skepticism “haters” serves only to underline the cultish aspect of Tesla’s stock. Yours truly has expressed quite a bit of skepticism about Tesla’s finances and whatnot over the years and been called many variants of “hater” — some quite creative, it has to be said — by more than a few … “lovers” (is that the right term?).

This cultish aspect has, of course, worked in Tesla’s favor for a while, letting it tap the external funding it needs in the absence of generating its own. But when it stops working quite as well — as happened this week — that dependence on the kindness of strangers is thrown into glaring relief. Adopting the language of Tesla as an emotional construct rather than a commercial enterprise just reinforces this.

As does, indeed, the prioritization of ultra short-term targets — like a weekly production figure right at the end of a quarter — just to revitalize animal spirits and squeeze the shorts.

Look, there’s nothing wrong with the boss sending out a missive to get everybody pumped, especially if you’re reaching. Who among us hasn’t felt that motivational rush when those firm-wide emails grace the inbox? In this case, though, it borders on counter-productive.

Going all-out to get Model 3 production up this one week toward 2,500 — a target that’s been changed so much already it barely warrants the term — would prove what exactly? That Tesla is now on a smooth glide-path to the skies?

As my colleague Hull reports, lines making the Model S and X are being paused this weekend, and some employees on them are being offered work on the Model 3 instead (the other option is to take vacation or unpaid leave). However, Tesla says pauses on the S and X aren’t related to the Model 3.

The push doesn’t paint a picture of the methodical, efficient production line that enables the wider auto industry to turn a profit in a cut-throat business. Over the longer term, such short-term shifting to hit one-off goals is a recipe for inefficiency (read this splendid critique of Tesla’s manufacturing approach by Bloomberg View’s Edward Niedermeyer).

Tesla’s current problem is a simple one to define: It has built a footprint, market cap and balance sheet sized for a mass-market producer of cars, but thus far lacks the crucial element — the cars.

Until it fixes that, sustainably, its dependence on external funding will intensify further. Positive cash flow — quarter-in, quarter-out — would render the haters, real or imaginary, largely irrelevant.

Correction: An earlier version of this column said Tesla had reassigned workers from the Model S and Model X to the Model 3.

This column does not necessarily reflect the opinion of Bloomberg LP and its owners.

To contact the author of this story:
Liam Denning in New York at ldenning1

To contact the editor responsible for this story:
Mark Gongloff at mgongloff1

Before it’s here, it’s on the Bloomberg Terminal. LEARN MORE

Liam Denning is a Bloomberg Gadfly columnist covering energy, mining and commodities. He previously was the editor of the Wall Street Journal’s “Heard on the Street” column. Before that, he wrote for the Financial Times’ Lex column. He has also worked as an investment banker and consultant.